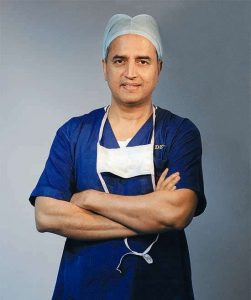 In 2001, Dr. Shetty founded Narayana Hrudayalaya (NH), a multi-specialty hospital in Bommasandra, on the outskirts of Bangalore. Apart from cardiac surgery, NH also has cardiology, neurosurgery, pediatric surgery, haematology & transplant services and nephrology among various others. The heart hospital is the largest in the world with 1,000 beds, performing over 30 major heart surgeries a day.

Dr. Shetty also founded the Rabindranath Tagore International Institute of Cardiac Sciences (RTIICS) in Kolkata. Dr. Shetty has also signed a MOU with the Karnataka Government during the Global Investor’s meet to build a INR 1,000 Cr. 5,000 bed super specialty hospital near the Bangalore International Airport. His company has signed and MOU with the Government of Gujarat, for setting up of a 5,000 bed hospital at Ahmedabad.

His company has built a low-cost, 150 bed hospital at Mysore, on land provided by the Government of Karnataka that uses cross-ventilation instead of air conditioning, to cut the investment cost. He was a part of the seven-member panel of the Board of Governors that replaced the MCI, and served for a period of one year before it was further reconstituted.

His hospitals have reduced costs by taking advantage of the economies of scale. This allows them to complete heart surgeries for a tenth of the cost in the United States. The Wall Street Journal has given him the title of Henry Ford of Heart Surgery.