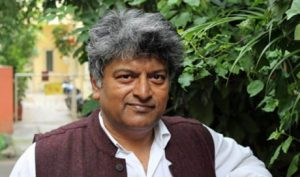 Dr. Vijay Chandru (Ph.D., MIT 1982) is an academic entrepreneur recognized as the ‘Technology Pioneer’ by the World Economic Forum in 2006. His academic career has spanned over two decades at Purdue University and the Indian Institute of Science. Dr. Chandru is the recipient of several awards and honors: Fellow of Indian Academy of Sciences (1996), MCIT Dewang Mehta Award for Innovation in IT (2001), UGC Hari Om Trust award for ‘Science and Society’ (2003), the President’s Medal of INFORMS in 2006, distinguished Alumni award by the MIT India Program in 2007, and was recognized as the Biospectrum Biotech Entrepreneur of 2007. He was the elected President (2009-2012) of the Association of Biotech Led Enterprises (ABLE), the apex trade body that represents the Indian biotech industry.