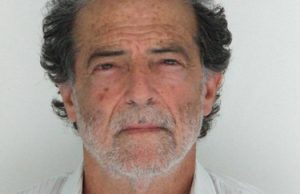 Dr. Daniel Zurr Ph.D., is the CEO, Founder and Chairman of Quark Pharmaceuticals Inc. and the former President of Plantex Ikapharm (currently part of the Teva Group). Dr. Daniel Zurr founded Quark Pharmaceuticals Inc. in 1993 and is currently Chairman & CEO of this company. Dr. Zurr also currently serves as a Director of QBI. Dr. Zurr has vast experience in senior research and business management in the chemical and pharmaceutical industries. Prior to establishing QBI, Dr. Zurr was the CEO of Plantex-Ikapharm, then the second largest pharmaceutical company in Israel with more than 300 employees and marketing offices in the United States, Europe and Japan, focused in the field of bulk active ingredients and finished dosage pharmaceuticals. Plantex Ikapharm, now part of the Teva group of companies, was the first Israeli company to be inspected and approved by the FDA, during Dr. Zurr’s tenure. In the early eighties, Dr. Zurr served as the Director of Licensing at G.D. Searle in Skokie, Illinois, where he was responsible for the major collaborative agreement between G.D. Searle and Meiji Seika Kaisha (Tokyo), involving the licensing of several drugs and recombinant DNA technology transfer, and numerous other agreements including those with Bayer AG (Leverkusen), Ono Pharmaceutical (Osaka) and May and Baker (London). Dr. Zurr received his M.Sc. at the Hebrew University of Jerusalem and his Ph.D. from the Imperial College University of London under the guidance of the Nobel Laureate Professor D.H.R. Barton.